Head on over to My Money Mission Online to enter the EcoSMART Giveaway!

THE ELEPHANT IN THE ROOM Have you ever heard of the expression, "An Elephant in the Room?" "Elephant in the room" is an English idiom for an obvious truth that is being ignored or goes unaddressed. The idiomatic expression also applies to an obvious problem that no one wants to discuss.

It is based on the idea that an elephant in a room would be impossible to overlook; thus, people in the room who pretend the elephant is not there have chosen to concern themselves with small and irrelevant issues rather than deal with the looming big one.

What do you do when the "Elephant in the Room" is a family member that is over-bearing, narcissistic, hateful, and downright rude, not to mention sneaky and stalker-ish. How would you handle this "Elephant?"

I should also mention that this "Elephant" gets very mean and nasty when confronted. "It" likes to lie "its" way out of situations or turn them around to make the other person look like the guilty party. Or, "It" goes from family member to family member, spewing all kinds of non-truths that "It" has twisted to suit "its" purpose.

If this was the jungle, this type of beast would probably not survive long....the other elephants would get their fill of "It" and take care of the problem......

However, this is not the jungle; it is real life and the Elephant in the Room is not going anywhere. "It" has taken up residence in our lives, and this Elephant likes the control.

Any thoughts on this??? 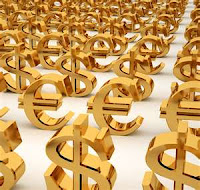 CHIPPING AWAY AT DEBT

So, I don't know if you've noticed the litte "debt" bar on the right hand side of this blog, but I just updated it:  As of January, we have only $1,300 left to pay on it.  I probably won't be able to make a big dent in it for a little while, since hubby is off of work due to his shoulder injury, but little by little, I will chisel away at it, dollar by dollar, until it is GONE!  And, that will give me a sigh of relief.


But, no sooner will that debt be gone, then a new debt will appear.  For some reason, this is just how life goes.  I just can't seem to save enough to cover life's ups and downs.  But, I do my best to spend frugally and wisely and to s-t-r-e-t-c-h my money as far as I can. 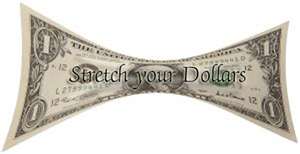 One way that I am cutting back on our expenses is by "shopping" from my stockpiled pantry and freezer and using only those items to cook/bake with.  It is amazing what a person can do when they put their mind to it.  Like today, for instance.  I wanted to make some mashed potatoes to thicken my cheeseburger soup.  (I don't like to make a roux...call me lazy!) HA!  But, I didn't have any milk.  DRATS!
Since I did not want to go to the store, because of my new way of "shopping from myself," I decided to scour around my pantry shelves to see what miracle I might find in there!  And, I found it!  Two cans of evaporated milk that I had bought on sale at Walgreens quite awhile ago and since then pushed to the back of the shelf.  That milk made those potatoes taste wonderful, and it was just the trick to thicken my soup. 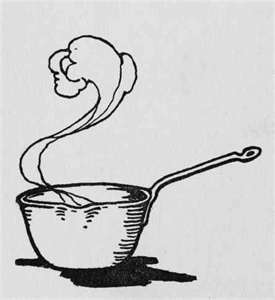 And, I figure I saved at least $20, because you know as well as I do that once a person enters the grocery store, there is ALWAYS something else to purchase.
So I now have a very frugal supper simmering on the stove and cash still in my wallet.
What are you doing to save a few $$ and free up some more $$ in your budget??
Come on, talk to me....you know you want to!!!  LOL
**A.Marie**
Posted by A.Marie at 2:34 PM 7 comments:

Hello there, dear readers!  First of all, I want to apologize for my lack of posting on this blog;  In January, I was able to buy the domain name www.mymoneymission.com, and that totally messed up this blog.  Formerly, I had to use www.my-money-mission.com, because the other was unavailable and when it became available, I jumped at the chance to purchase it.

So, I believe that I now have all of the snags worked out and I am up and running again.  *Whew* I hope I don't have to go through that again! 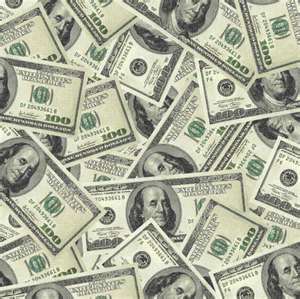 Anyway, I hope that all of you have been doing well and surviving the winter weather.  Or, if you are a reader that gets to live in a warm state, I hope that you have been having balmy temperatures, blue, cloudless skies, and plenty of sunshine!  Only a few more months, and that will be our weather in Illinois....I.Can't.Wait!  :)
If there is a "silver lining" to the winter weather in my area, it forces me to get my files in order and my taxes done.  Yep. My taxes are done, filed, and my refund is in the bank.  This year, our refund has to be used for monthly bills, as hubby is off of work for about 2 more months (due to a shoulder injury that resulted in surgery and now weeks of physical therapy), so we need the cash.  I'm not looking a gift horse in the mouth, that's for sure.  I am very thankful to have some necessary money, but this is usually not what I like to do with our refund.
Usually, I use our refund to build up our short-term savings account.  I do this by putting the money in our ING direct account.  Currently they are offering 1.10% interest, but it's better than what my bank is offering (a paltry .22%).  Then, I put some of the refund in my children's ING direct accounts.  This is for those expenses that come up during the year, like my son's calculator for school ($130.00) or my daughter's new tennis shoes ($60.00...she needs special ones for her feet).  It just makes me feel better if I know that there is some extra cash for those "rainy day emergencies."
What do you do with your refund?  One option that I would love to do, if I was able to, would be to do what I read over at bankrate.com.  This is a terrific article on Certificate of Deposit investing strategies.  My Dad and Mom are HUGE fans of CDs, as was my Grandma.  I agree that they are a terrific fixed-income investment that is not subject to the ups and downs of the stock market.
My financial goal is to eventually be able to fully fund my Roth IRA, like this gal did over at Frugal Pursuit; that is my dream and I WILL accomplish this.....eventually.  Then, I would like to try my hand at laddering CDs.  This is going to happen......eventually.
But, isn't that what life is all about?  Planning, doing, planning, doing, and more planning.  I have the planning down pat....it is the doing that is tripping me up!
Have a great day everyone!  As always, leave me a comment with your thoughts....I enjoy hearing from all of you!
**A.Marie**
Posted by A.Marie at 1:26 PM 7 comments: